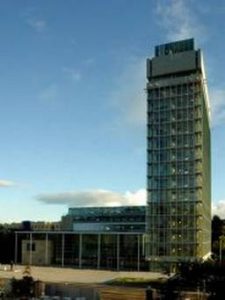 Dublin’s Chief Fire Officer has called for more resources for local authorities to carry out fire safety inspections, in wake of the Grenfell tower tragedy in London.

Patrick Fleming said that the resources are needed to prevent such tragedies that left 79 people dead.

“The Grenfell tragedy in London has again highlighted the need for absolute vigilance in fire prevention and fire safety. I welcome the call by Chief Fire Officer Patrick Fleming for more resources for local authorities to carry out building control inspections.”

He added that the current system was introduced in the wake of the evacuation of the Priory Hall apartment complex.

“That near tragedy showed the failure of the self-certification system. While new regulations have seen some improvement this problem will become more acute as building and development continues.

“In this regard I welcome the fact that plans are being implemented in Dublin City Council to introduce a system of onsite inspections during construction for fire safety issues (Part B of the Building Regulations)”.

Earlier this week, calls were made to remove Grenfell Tower- type cladding from the headquarters of Cork County Council.

Independent.ie understands that Cork County councillors were emailed to notify them that the cladding was installed around the exterior of the second floor of County Hall, the floor that contains the main council chamber.

However, they were assured that the cladding currently imposes no increased risk of danger.

Cork County Council has since commissioned a report investigating the nature of its installation, and says further action will be taken should the investigation raise any concerns.

The cladding was installed during a €62m refurbishment of the 17-storey County Hall which was finished in 2006.

Despite reassurances from the council, Fine Gael councillor Derry Canty says that the cladding should still be removed as soon as possible.

“I think the best thing for everybody is to remove it,” Cllr. Canty said.

“If it’s there, it’s left there and everyone is just worrying about it.

“We’re only in there for meetings but you have staff sitting in there all day. I believe this should be done post-haste, let’s get on with it.”

However, one Independent councillor, Marcia D’Alton, said she has no concerns about continuing to meet in the building, insisting that she has confidence in the fire safety measures being taken.

“Honestly, I’ve don’t have any concerns. We have been ensured the building has been incredibly well kitted out with sprinklers and the necessary fire precautions,” Cllr. D’Alton said.

“I know the extent to which the building has been electronically modified. It is an incredibly well finished building so I genuinely believe the council when they say the precautions being made are adequate.”